Many years ago, I stumbled across the poem Wild Geese by Mary Oliver. It's a poem that so beautifully captures the essence of belonging and a sense of ease about our place in the world. It moves from a sense of oppression to the joy and openness of nature and the wider world. A poem of great comfort and hope.

You do not have to be good.

You do not have to walk on your knees

for a hundred miles through the desert repenting.

You only have to let the soft animal of your body

love what it loves.

Tell me about despair, yours, and I will tell you mine.

Meanwhile the world goes on.

Meanwhile the sun and the clear pebbles of the rain

are moving across the landscapes,

over the prairies and the deep trees,

the mountains and the rivers.

Meanwhile the wild geese, high in the clean blue air,

Whoever you are, no matter how lonely,

the world offers itself to your imagination,

calls to you like the wild geese, harsh and exciting -

over and over announcing your place

in the family of things.

I find echoes of that poem, and that same sense of hope, in Now We Are Free by Hans Zimmer, from the film Gladiator. A beautiful piece of music.

Posted by Random Reflections at 8:25 pm No comments:

Living in the light

Yet another huge gap between updates here. Although I guess there are potentially limited things to say during a global pandemic – or maybe lots to say given the shambles that is our current government. I actually became a freelancer just as we went into the first lockdown in March 2020, which perhaps wasn’t the best timing. But I work from home anyway and have had a pretty steady stream of work. I’ve gone back to my favourite type of work, which involves turning over rocks to see what’s underneath them.

But the thing that has overshadowed much of late is that my dad died a couple of months ago. Although he had been in and out of hospital, it was still unexpected. He’d actually only been discharged from hospital a few days before. They hadn’t found anything physically wrong with him beyond the usual things of being 80 years old and having become so housebound that you’re pretty much unable to walk.

On the day dad died, I could have gone to see him earlier in the day because my sister was going over to my parents’ house to talk to him about sorting himself out so that he didn’t continue in his steady, and increasingly rapid, decline to immobility. Less than an hour after my sister left, he suddenly collapsed and died. Afterwards, I wondered whether I should have gone over with my sister to see him, not that we knew he was about to die. But, I concluded that I would just have got arsey with him because of the frustration about the state he’d let himself get into – and that wouldn’t have been a great way to say a final goodbye.

The thing is that he was a very difficult man. I had an often miserable childhood because of various things he did or said, and that didn’t much improve in adulthood. Although distance helped and, in the last few years, we were at least a bit more on civil speaking terms. But it still leaves a hole that he’s gone.

I have his ashes in my office. They just sit there quietly in the background. I hadn’t quite realised how final death was before. How when someone dies, all you then have left of them is their ashes. And if you scatter those, then you have nothing.

I know you have memories and can tell stories. But still… death is so final death. I don’t believe there is anything beyond this life. That’s something I can’t say to some of my friends, who would be truly horrified at my atheist ways. I see no point in trying to comfort myself that there might be something more.

Even in all of this I choose to remind myself: I have great access to darkness, but I choose to live in the light.

Posted by Random Reflections at 8:52 pm No comments:

State of the Nation

Wow, it’s been a while.  I had meant to drop by again before now, but life got in the way.  Quite a lot has happened, not least that Brexit thing.  I despair that we voted as a nation to leave the EU and even more so at the absolute chaos going on in Parliament.  But I guess that is democracy for you.  Although surely part of the problem is that the government treated the referendum like a 'normal' election and applied a “First Past the Post” or “winner takes all” mentality, when it wasn’t that type of vote.  Instead, it required consenus and working together across (and within) parties to find a way forward – and, of course, it was not even a binding vote…

I have a friend who is very dear to me who voted to leave.  She is an intelligent and thoughtful person and a few times I have tried to ask her what she thinks about the current state of affairs but, interestingly, she shies away from talking about it.  I think she is nervous of other people’s reactions – more those of people who might overhear, rather than me.  I find it fascinating that someone who is on the “winning side” now feels really uncomfortable talking about it.  I remember we met up shortly after the referendum and were talking about the outcome of the vote.  I think my views on the matter were clear, not least evidenced by my new Irish passport.  Part way through the conversation, my friend paused the conversation and said “I do need to tell you…  I voted to leave…”.  I just laughed and said that I had assumed that she had.  I am not sure anyone is laughing now though.  Except, the rest of the EU… and the world… *sigh*

I was a civil servant for many years and took voluntary redundancy in 2015.  I miss some aspects of the civil service.  I worked on so many interesting and challenging issues and also had some fantastic colleagues.  However, I am very glad that I am not currently in the civil service.  Even those who are not directly working on Brexit are probably working in environments of great uncertainty and unable to get even very basic decisions agreed my ministers and others, let alone being able to take forward any legislation.  Although with the current government and its very draconian ethos, maybe that is a bit of a silver lining.

Anyway, this was meant to be a brief drop–in to check this still works and I hadn’t intended to express my despair on Brexit.  But there you go.  It’s probably a bit unavoidable right now.  I do have a vague plan to be back here again soon, but until then, adieu.
Posted by Random Reflections at 9:55 pm No comments:


Overall things are good - and I might even tell you about some of it.
Posted by Random Reflections at 9:15 pm No comments:


It’s been a while.  Lots has happened, but also nothing.  We haven’t moved house as someone in the chain died.  We have no idea when the move will be on the cards again.  Ho hum.

Anyway, I have been continuing to listen to Desert Island Discs and was interested in an observation from Hugh Laurie a couple of weeks ago:

"I heard the other day that there have been more photographs taken in the last twelve months than there have ever been taken, in the world, ever. Because people are now photographing – I shudder to think what they are photographing – everything and nothing. No interaction is deemed to have actually happened unless somebody has a picture of it. Nobody is satisfied with having met a person without having a photograph to prove it. I think that is odd, and I think it’s so odd that it might actually be starting to alter the way we think about each other and the way we think about general day-to-day social interaction."


So… we’ve been looking for a house.  With a mixed amount of enthusiasm.  We looked at a few in February – the first day we looked at five, one of which we really liked.  The other houses were a lot of money for run down or just not terribly nice houses.  Then we saw another one last weekend.  It was ok, but again, a lot of money for a house that needed a fair bit of work (the current owners had seven children in a three bedroom house).  Anyway, yesterday we saw three more and we REALLY liked one of them.  I could definitely imagine living there.  It was also one of the cheapest ones we have seen.  Result.

I’ll be on the phone tomorrow morning to arrange a second viewing.  We live quite a long way from the house so it would be difficult to go there after work, but we’ll have to see whether the agent (genuinely) thinks we can’t wait until the weekend.

We could be on the move…
Posted by Random Reflections at 11:56 am 3 comments:


I have come to the conclusion that I really like Desert Island Discs.  Except that I prefer listening to it as a podcast because I don’t particularly like listening to the music choices.  That is probably odd, but it is indeed true.  On the podcasts they can only play small snippets of the music, so I much prefer it.  Kirsty Young is a really good interviewer and I like finding out about the people featured on the programme.  Just not their taste in music.

Anyway at lunch time today I went for a stroll and was listening to Kirsty Young speaking to Terry Leahy, who is the CEO of Tesco.  I was slightly in two minds about listening to it because I am not very keen on Tesco and so wasn’t sure I really wanted to learn more about its head honcho.  Anyway, it was actually quite a good programme, but there was a moment that summed up Tesco for me.  Kirsty Young asked him whether all of his family was required to shop only at Tesco, and he explained that he bribed his children to tell on his wife if she ever stopped at Waitrose on the way home.  There’s a whole load of wrong in that, but it could be taken as a bit of a joke.  However, Kirsty pursued it a bit more and he was entirely serious about the point – and ended up badgering is wife so much about shopping at Waitrose that she now no longer does it.  That’s Tesco for you – it stifles consumer choice.  And requires people to turn in friends and family like some Stalinist dictatorship in order to destroy all other possible contenders.  Remember that the next time you are eyeing up a buy one get one free offer.
Posted by Random Reflections at 9:25 pm 2 comments:

Random Reflections
I was born at a very young age and since then have got a little bit older every day, but not necessarily any wiser. If you want to e-mail me you can do so on: somerandomreflections(at)yahoo.co.uk 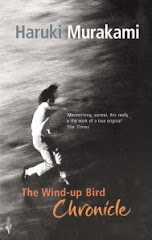 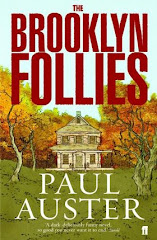 Get your tube fare back

Some ways to save money